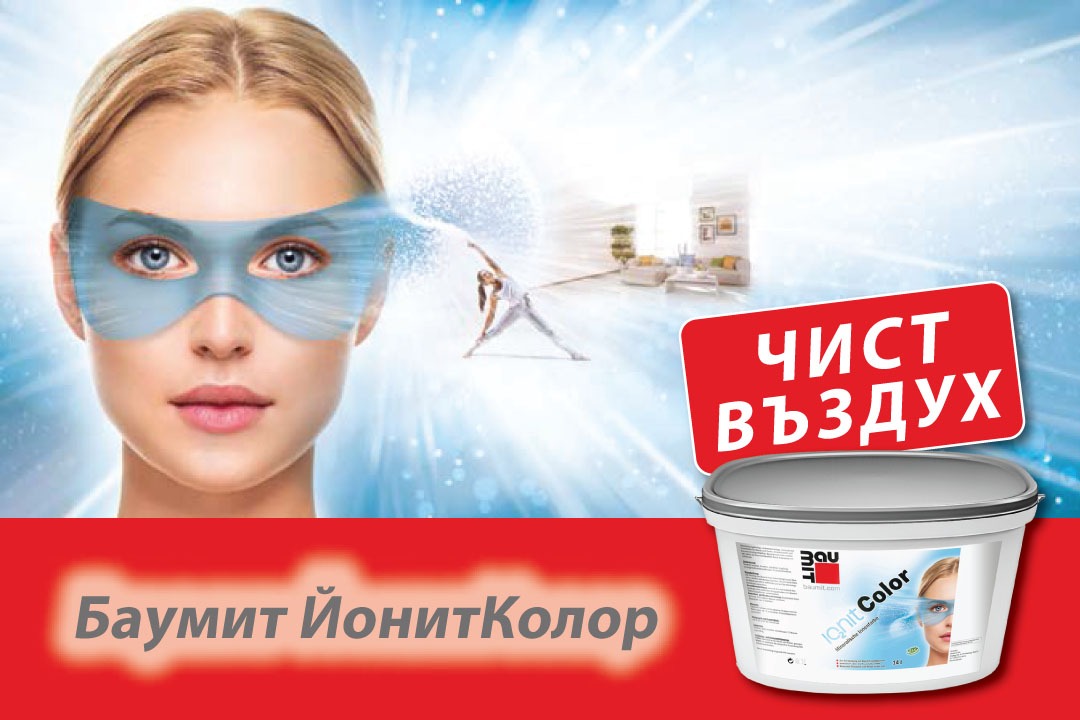 Baumit has launched the one-of-a-kind interior paint IonitColor, which activates the air in a natural way and multiplies the number of useful air ions that have a beneficial effect on health. Thus, it contributes to a healthy indoor climate.

How does this work?

Ions have a positive effect on quality of life. The greater their number, the cleaner the air in the room.

Ions attract fine dust, pollen and viruses and turn them into larger and heavier units that fall quickly to the floor and can no longer be inhaled.

The ions contribute to the antimicrobial surface of the walls and ceilings, which prevents the development of viruses and bacteria.

The application of Baumit YonitColor paint leads to a permanent increase in the number of air ions. Studies at the University Hospital in Freiburg confirm their positive impact.

Ions also lead to significant activation of those genes in humans that play an important role in the body’s immunity. They strengthen his immune system and the body’s resistance.

We use cookies to ensure that we give you the best experience on our website. If you continue to use this site we will assume that you are happy with it.Ok